skip to main | skip to sidebar

The medical psychiatric staff at Hillmorton hospital are authorized to use resonable force on patients to treat them (see s.122B(3), Mental Health (CAT)Act 1992).

What sections of the New Zealand Bill of Rights Act 1990 are relevant?

The relevant provisions are:

23 Rights of persons arrested or detained

(a) Shall be informed at the time of the arrest or detention of the reason for it; and

(b) Shall have the right to consult and instruct a lawyer without delay and to be informed of that right; and


Other relevant stautory provisions include:

'146 Consent to treatment, etc, not affected

(1) No sentence or condition imposed or order made under this Act limits or affects in any way any enactment or rule of law relating to consent to any medical or psychiatric treatment.

(2) Subsection (1) applies except as expressly provided by any other enactment.'

(v) Any other loss or abnormality of psychological, physiological, or anatomical structure or function:'
...

Forced psychiatric treatment, under the Mental Health Act, is inconsistent with the right to refuse treatment in section 11 NZBORA. Hillmorton medical staff have been/and are involved in the detainment and forced drugging (and ECT) of patients at Hillmorton, as are staff at other state psychiatric institutions throughout new zealand.

*REPEAL ALL COMPULSORY TREATMENT PROVISIONS IN THE 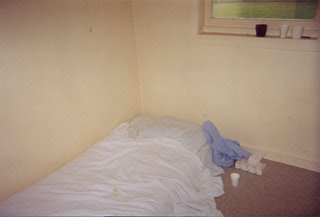 Room in acute wing of Hillmorton psych. Hospital around 2000.

s.23(5) Everyone deprived of liberty shall be treated with humanity and with respect for the inherent dignity of the person. (NZBORA) 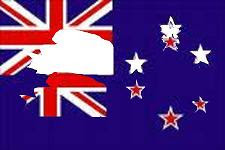 Q:- Should psychiatric medical staff be authorized (via the Mental Health Act 1992) to use "reasonable" force to treat patients?

Become a follower of SFD NZ